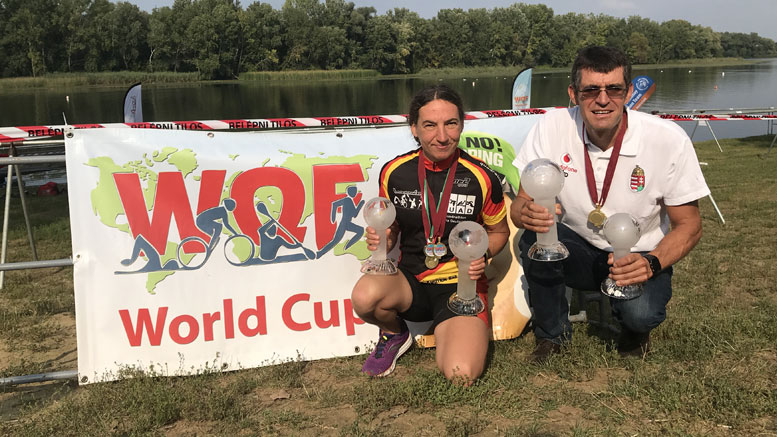 After four months and new competitions, the WQF Quadrathlon World Cup came to an end, at the end of September. There was, once again, exciting races and many great experiences amongst the athletes. There was also, for the first time in a while, a World Cup race in Poland and Spain. This season there was a new points system, where points were awarded in relation to the winning time: Points = 1000 x Race time of fastest competitor/ Race time of competitor.

Spectators could witness top sporting achievements at the four Championship races, where as expected, the closest competitions were also to be found. Right from the outset, William Peters (BEL) shone as he defeated the favourite Tomas Svoboda (CZE) at the World Middle Distance Championships in Brigg (GBR) and showed his potential. Also in the other three Championship races in Týn (CZE), Werdau (GER) und Kaposvar (HUN) Peters and Svoboda stood out from the other athletes during their exciting duels. In these three races it was the Czech who was the fastest. Ferenc Cisma (HUN) was always near the front until the run leg but couldn’t keep up with the other two athletes in the final discipline. In the end it was, however, the Hungarian who took the overall World Cup title, as he had competed in all of the nine World Cup races and so collected the all-important bonus points (awarded for more than four races). With these points Cisma was able to take the Cup from Svoboda who had won in the previous two years but had to settle for second this year. Third place went to Leoš Roušavý (CZE), who also thanks to bonus points, was able to finish in front of Peters.

In the women’s race there was also a new winner for the first time in seven years. Due to illness the defending champion, Lisa Tecihert (GER), was only able to compete in three championship races. She won the titles at these races but in the end only had enough points for fourth place in the World Cup. In Brigg, the four time championship race winner, Becky Robertson (GBR) was the fastest but this was her only race and so she couldn’t place in the World Cup. The competition was therefore between Magdalena Koberova (CZE) und Susanne Walter (GER). Both athletes delivered exciting, close races, usually with Koberova coming off best. However, Walter, who won the races in Bydgoszcz (POL) and Tiszafured (HUN) ended up, due to the bonus points, just ahead and so was able to hold aloft the World Cup trophy made of Blažek glass. Kata Balázs (HUN) finished third.

New for this year was a Nations Trophy, where the best points from each age group could influence the final result. This meant that a nation which had athletes in every age group would stand a good chance of winning the trophy. In the end Hungary finished well ahead as, apart from the U23 age group, they had at least one athlete in every category, including even in the over 70 female category! Second place went to Great Britain and third to Germany.

Post season, is also in effect, before the next season! In the next few days the WQF Congress will take place again, where amongst other things the World race calendar for 2020 will be confirmed and the points system checked. There will also be consideration given as to how to improve the quality of the competitions as not everything ran smoothly at the events (e.g. comprehensive race descriptions in English). We will report on the results of the discussions here.

Ferenc Cisma more then once in hard fight with William Peters 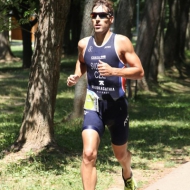 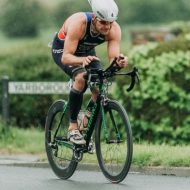 Leoš Roušavý every year with a strong performance 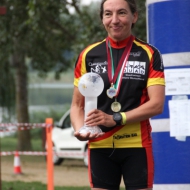 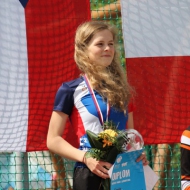 Magdalena Koberova close behind the German 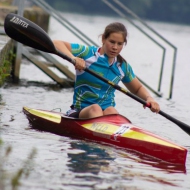