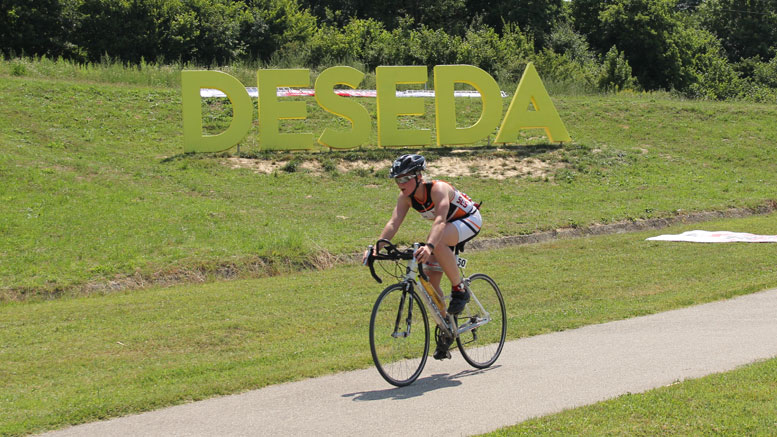 We have just experienced a great weekend of racing at the Sprint World Championships in Kaposvár. The Q30 quadrathlon took place as part of the eXtremeMan Triathlon on the Deseda Lake. With temperatures of over 30 degrees, it was again a battle against the heat. The water, at 24 degrees, meant that wetsuits were forbidden. At 11am the athletes set off on the spectator friendly course (1 lap swim, 2 lap bike, 3 lap kayak and 3 lap run).

With the usual favourites on the start line again, Tomas Svoboda (CZE), William Peters (BEL) und Ferenc Csima (HUN), the race was going to be exciting. However, this time the Czech showed no sign of weakness and dominated the race right from the start. No one could overtake him on the kayak and he is always powerful on the run. Behind him an exciting duel was developing where Peters and Csima played out their strengths, especially on the kayak leg. On the run Peters had the best form and secured the runner up position.

In the women’s race Lisa Teichert (GER) had no issues and took the lead straight from the start, which she held until the finish. By the end she had almost a three minute lead, which shows that she is on the way again to her former dominance of the sport. Behind her it was once again Magdalena Koberova who took the runner up position. The race for the final spot on the podium was exciting as Susanne Walter (GER), Dana Ivanovova (SVK) und Fanni Bodolai (HUN) entered the run almost at the same time. In the end it was the German who could maintain a gap in front of the Slovakian and so with a small lead, ran into third place.

There were also great results in the oldest age group (>70 Jahre), where three men and a woman took part and all successfully crossed the finish line.

The Q30 has left the athletes with happy memories. The race location on the lake is idyllic, the route was in good condition and the organisation was great. There was great commentary with almost every athlete being personally mentioned. The victory ceremony was also very dignified, whilst also moving along promptly. All in all a big thumbs up!

There is almost a month’s break in the World Cup before it moves towards its final stages, starting with the next race in Spain. The battles for the titles still aren’t decided-it’s still exciting! 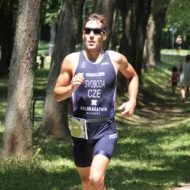 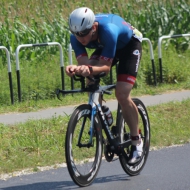 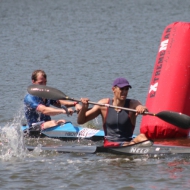 ...together with a hard fight with Ferenc Csima 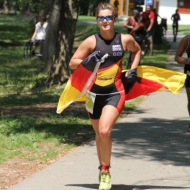 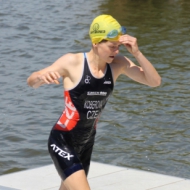 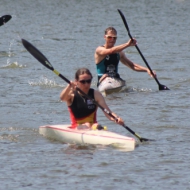 The Masters categories shine in perfect conditions at Brigg