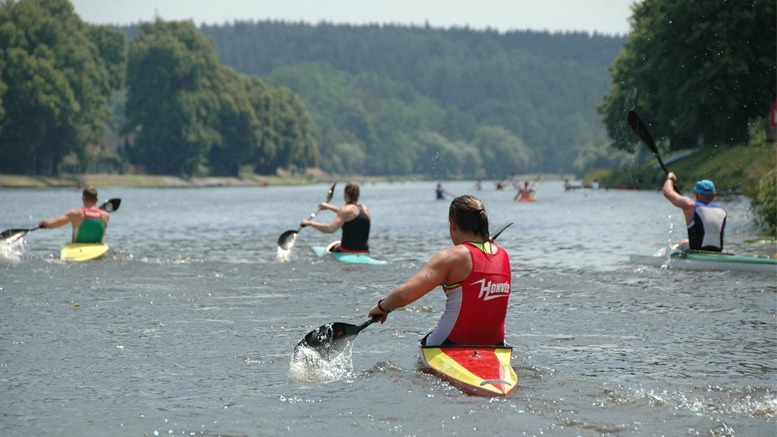 About two months until the start of this year’s World Cup season – time to take a look at the next season. End of last year the annual WQF Congress has been held, where the WQF member associations from Czech Republic, Germany, Great Britain, Hungary, Slovakia and United States have reviewed last season and more especially made plans for next year. The World Cup 2019 consist of the following races:

The programme is very full again and there is plenty of choice for every athlete. We are pleased that there will be World Cup races in Spain and Poland again in 2019. Unfortunately, a long distance could not be integrated into the plan for next year.

New for next year, is a change to the scoring method used for the World Cup. Previously, points were awarded based on the race position. From 2019, we will be using the race time to calculate the points (points = 1000 x Race time of fastest competitor / Race time of competitor). This will mean that similarly quick athletes will get similar points. The reference time for men and women will use the fastest Male and fastest Female time, respectively. As before, the four best results are accumulated. At championships (World and European) there are an additional 200 points. Also there are 100 bonus points for each race more than four completed. If there is equality at the end, both athletes share the place.

There was much discussion and consideration about giving additional points to compensate for age and gender (similar to the Germany Cup). The votes in the Congress were tied on this idea. As the proposal did not have a majority it will not be implemented.

Also new will be the National Quadrathlon Trophy. For each Nation, the highest number of points scored in the each of the 16 WQF age and gender categories by an individual national in any one World Cup race during the season will be totalled (every athlete counts). If no individual from a nation is represented in an age/gender group, then zero points will be scored for that category. The trophy will be held by the winning nation for one year.

In the future, the WQF would like to support young athletes. All athletes under the age of 23 from WQF member nations, who have completed at least one quadrathlon in the previous year and are committed to competing in at least three quadrathlons in the following year, will be able to get their registration fees paid for World Cup races outside their home country. Apply through your National Association.

To implement this, prize money will no longer be awarded to the overall podium places in the World Cup. Additionally, organizers of championships (World or European) are no longer required to pay prize money, but they must pay a higher fee to the WQF, which wants to use the money for the promotion of young quadrathletes. The fees incurred by Championship organisers will be less than the prize money/fees required in 2018.

Under 8.1 j; this refers to kayak transition; a new point has been added, which states that normally the paddle should remain with the kayak, but the organizer also has the possibility to prescribe another place (as for example in Brigg), if this is clearly stated in the announcement.

The new item 9.5 concerns relay races. Amongst other points, it is now agreed that individuals are not allowed to take part in a relay when both races start at the same time.

In point 4.1, the following aids have been added, which may not be used in swimming: Calf Guards (calf compressions) and additional neoprene pants.

There was a minor clarification of rule 1.2; where the rules of the WQF apply as the basis of the World Cup races, but also, in agreement with the WQF Executive Board, rules of national associations can be applied, if these are stricter.

At the WQF Congress, the WQF Executive Board was re-elected or confirmed in its offices. The following were confirmed: Vaclav Marek (CZE, President), Jean Ashley (GBR, Vice-President), John Kavanagh (GBR, General Secretary) and Stefan Teichert (GER, Treasurer). New in the Executive Board is Ferenc Csima (HUN, Chairman of the Technical Items), who takes over the post from Enrique Peces (ESP), who is unable to continue with this due to time constraints.

So that the organizers can plan, the WQF again asks all athletes to register early for the competitions.

The WQF is looking forward to an exciting season and wishes a good preparation!

Be the first to comment on "World Cup season 2019"