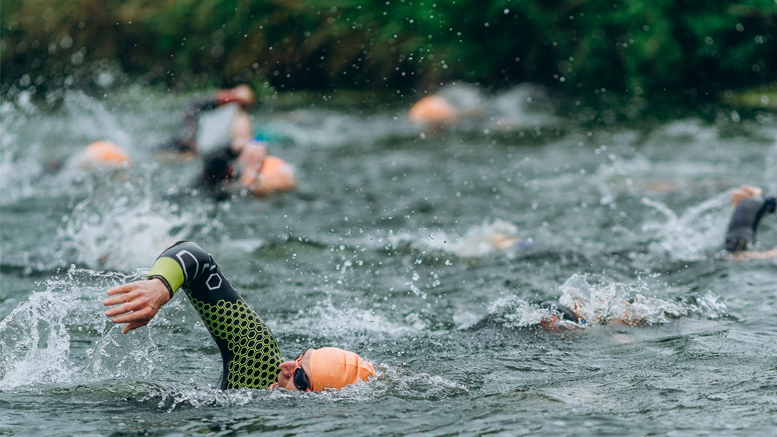 Spectators witnessed Quadrathlon at its best, with the World Middle Distance Championships taking part Brigg on 26th May. A brilliant day with plenty of exciting racing and superb performances from the Europeans to our very own GB Athletes!

British Quadrathlon, BQA are extremely grateful to Lincsquad’s Organizing Team for putting on this World Championship Race for us and to all the Marshall’s who made every single athlete feel so special as they raced around the course!

Well done to every single athlete that raced and to all the teams too, there was a lot of grit and determination out there, also lots of camaraderie, plenty of smiles and support for fellow athletes around the course! Big congratulations to the 2 Overall World Champions ‘William Peters’ Belgium and ‘Becky Robertson’ GB and to all the other Age Group Champions!

There have been so many positive comments, the atmosphere was brilliant, so Thanks ‘Lincsquad’ Great Britain couldn’t of done it without you!

The standard of racing was World Class, with strong male athletes coming from Belgium, Czech Germany Hungary and Spain to defend their titles and get World Cup points! We missed 2018 World Champion Lisa Teichert from the Ladies start line, but never the less there was a good strong field with some new talent in the mix! The weather was reasonably warm and spirits not dampened even though we had the odd heavy shower, the sun finally did come out and it turned out to be good conditions!

The atmosphere at the start was electric with the athletes being counted down with that ‘Heartbeat thump’ echoing over the River Ancholme. Svoboda was first out of the water well ahead in 18.31, a group followed with Cole in 2nd 21.44 closely followed by Csima, Peters, King, and Garcia. The heavy rain showers didn’t slow the bike leg down, it was extremely fast with 4 athletes going under the hour.

Fastest bike split was King 59.04, but Svoboda stayed in the lead going into the kayak. Peters, Csima, Mason were all close behind as the race had certainly hotted up! Csima had the fastest kayak 33.04 but Peters, almost as fast 33.46 went into the lead, leaving Svoboda in his wake. (Tom was paddling Lincsquads Donna Chappill’s Kayak – it was quite amazing how fast he paddled it … I hope he’s left some magic in their Donna!!)

So out on the run Peters held onto his lead to take the Championships (2.34.33). Tom had a lot to do after the kayak leg but he chased hard with a very fast run 36.26 passing Csima, Mason and King to take 2nd place (2.36.53). Csima just held on to 3rd (2.37.44) with Mason our first Brit, (2.37.54) working extremely hard to try and catch him. Mike just missed the podium spot by 10 seconds, but he certainly proved he is up there with the World Class Quadrathletes!

In the Ladies race Russell was first out of the swim in 23.46, Davies 2 mins behind with Illidge and Robertson 15 seconds after. Robertson (who did her last quadrathlon in 2012) soon put her expert biking to the test and went into the lead with the fastest split in 1.08.43. Russell held onto 2nd place, with Davies in 3rd both producing similar bike splits. Illidge new to our sport hadn’t done a lot of biking, but with kayaking being her best discipline the podium places were still up for grabs. Robertson increased her lead on the kayak with another top split 40.26, Russell still maintained 2nd, Davies in 3rd with the young Illidge chasing hard in

We’ve had some amazing Results, congratulations again to William Peters (Belgium) and Becky Robinson (GB) who are the 2019 World Champions! We are also very proud of our Age Group World Champions … A Brilliant Effort from Team GB …. Thank you all so much for making it a Great World Championships! 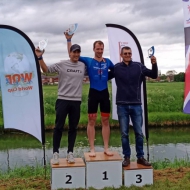 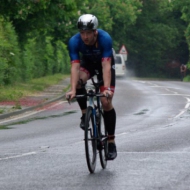 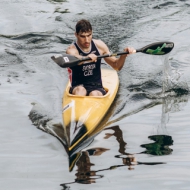 Fought to the end: Tomas Svoboda 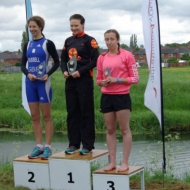 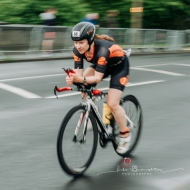 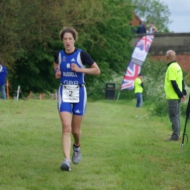 Fast and Furious Racing in Šamorín