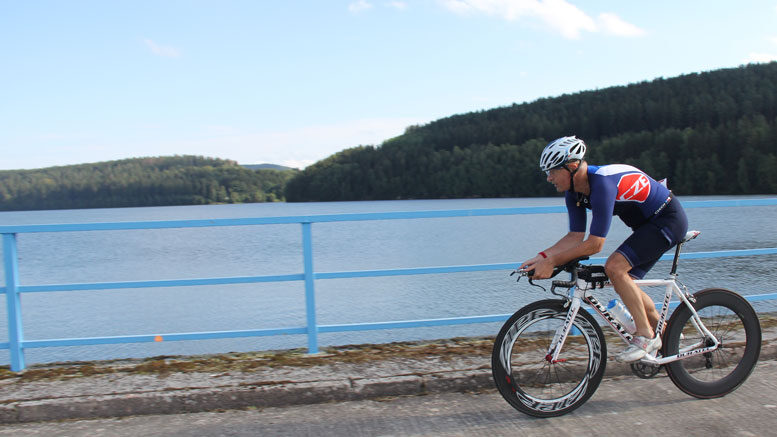 The year 2020 hasn’t been a good one for sports events and in quadrathlon only a few races have been able to take place. Following the European Championships in Hungary, two cross-quadrathlons, the Pilsenman and the Miladatlon, were held in the Czech Republic, as well as the small Husky quadrathlon in Slovakia. The fact that the quadrathlon at Bergsee Ratscher could also take place was a small miracle, thanks to the tireless work of the organiser Sebastian Diez and his team. For a long time, it looked as if the authorities didn’t want to play along and deal with local political problems at the expense of the event, even though the event had an extensive hygiene measures in place. In the end it was thanks to the work of a lawyer from the State Sports Association of Thüringen that the responsible authorities gave in and agreed that the competition could take place. Unfortunately, the final agreement was only reached just three days before competition day. For an athlete this isn’t the optimal preparation but this year flexibility has been required. It is great that there were still numerous athletes who were not deterred by the ups and downs of emotions and were happy to see their competitors and friends again, regardless of their personal fitness.

The 17th quadrathlon at Bergsee Ratscher started with some new conditions, of course social distancing and masks (outside of the competition). The athletes were also divided into three start waves that started 5 minutes apart. The quickest athletes were together in one start group, so that it was still possible to see who was actually at the front of the race.

At the end of the swim leg, Krzysztof Wolski (POL) emerged first out of the water, followed by both of the Germans: David Zimmerer und Stefan Teichert. On the 20km long bike course the podium favourites soon separated themselves from the rest of the field. Alongside Wolski und Teichert was the top favourite William Peters (BEL), as well as Milan Oslik (CZE). Unfortunately, his fellow countryman, David Kotrc, who was also highly ranked, had to withdraw from the race with a broken chain.

The four athletes in the lead had similarly strong performances on the day and so the gap during the kayak leg was never more than a minute and a half, between first and fourth place. In the end it would be the run that decided the outcome of the race. This meant that the strong runner, Wolski, had a good chance and so it was that he pushed himself to the front and crossed the finish line first. Also after his 7 year break from quadrathlon, Oslik, was once again able to build on his top performances to secure second place. The final podium place was a battle between Peters and Teichert, with a surprising outome for Teichert, who finished 3rd. Peters had hardly done any regular training lately, so it is all the more impressive, that despite his poor form, he still performed so well.

In the women’s race the favourite was once again Lisa Teichert (GER) and once again in this race a wager on her would be a safe bet. She took the lead from the start and didn’t give it up. Only Anke Trilling (GER) could keep in touch with her and even make some time up on her in the run leg to finish in second place. The final place on the podium was won by Susanne Walter (GER).

The quadrathlon at Bergsee Ratscher was the World Championship race this year. Its status could certainly be questioned during this time, as there were athletes who could not travel due to the complicated corona situation. For example, the strong Hungarian racer, Ferenc Cisma, would have been a contender for the title. However, the circumstances are difficult for everyone and quadrathlon is certainly not comparable to the professionalism in triathlon. The atmosphere in our sport is more of a family one: you fight against each other in a race but later sit together relaxed (socially distanced) and chat about your shared hobby. So the Quadrathlon World Federation made a conscious decision to keep the World Championship status of the race and with it there was also a championship first at Bergsee Ratscher, as Krzysztof Wolski is the first Quadrathlon World Champion from Poland – while Teichert has already won her 12th World Championship title.

So how does it go from here? Next weekend a World Cup race in Hungary is still planned. This will probably take place. It is of course questionable whether foreign athletes will be able to travel. There is however a chance for those athletes who can prove two negative COVID19 tests. Otherwise, all athletes are probably hoping that 2021 will be “more normal” again, in the already crazy world of Quadrathlon! 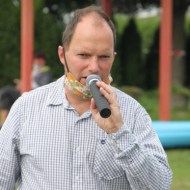 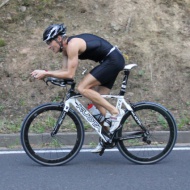 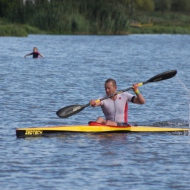 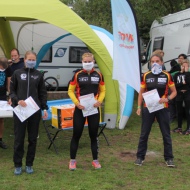 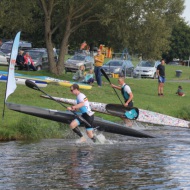 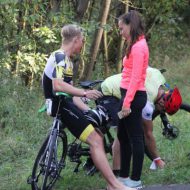