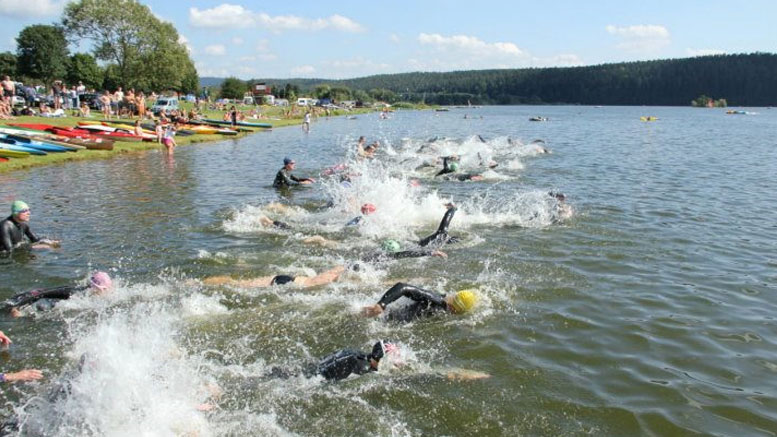 In a exciting race by the Quadrathlon World Cup at the Bergsee Ratscher (Germany) celebrated the Czech Michal Háša its first World Cup victory. First determined however the German Stefan Teichert and Martin Busch the race over 0.75 km swimming, 20 km biking, 4.5 km kayaking as well as 5 km running and set off in swimming and on the bike from their pursuers. On the water then Steffen Burkhardt drove to Teichert to the head, also Michal Háša makes here much time good. And owing to a strong run achievement the Czech still intercepted the German Teichert shortly before the finish. Third became Háša compatriot Leoš Roušavý. By the women the German Antje Fiebig triumphed before their compatriot Ellen Mielke and the Britons Alison Deykin. Before the last World Cup station in the English Bude stand by the men of far Roušavý at the head and Ellen Mielke secured themselves prematurely the total valuation. Mat Stevenson the fastest on the running track Antje Fiebig gets its second victory in this year