For the last thirty years multi-sportsmen and -sportswomen have been meeting at the Lake at Ratscher for a triathlon. For the 15th time this was also the occasion for the Quadrathlon at Bergsee. So, there were good anniversary justifications to award the event organized by the Triathlon Club Suhl a world championship status. For the third time the World Quadrathlon Federation held a World Championship race at the mountain lake, recognising, once again, the great organization of Sebastian Diez and his team.

Belgians, English, French, Poles, Spaniards, Czechs, Hungarians and even a New Zealander fought with numerous Germans over 750m swimming, 20km cycling, 4.5km kayaking and 5km running for the win. In the end, Tomas Svoboda and Lisa Teichert more than lived up to their role as favourites.

As expected, Svoboda headed the field out of the swim, about 1:15 minutes behind was Jonathan Monteagudo and Stefan Teichert in pursuit. On the hilly foothills of the Thuringian Forest, the German, with the fastest cycling time, soon past the Spaniard, but Svoboda was also fast on the bike course and still got onto the water in his kayak with a one-minute advantage. On the paddle, Teichert managed to reduce this lead by a few seconds – but that was as close as he could get, and then he had to beware of the chasing pack. Ferenc Cisma, once again the fastest paddler in the field, was catching him while Monteagudo took advantage of the Hungarian’s wash. Almost together, these three set off on the run to compete for the 2nd and 3rd podium positions. Out in the front, Svoboda was in control and was able to save his energy and secure his next World Champion title. Thanks to a better run, second place went to the Spaniard, to add to his 2nd place at the European Championships last year. Third place went to Stefan Teichert – 5 years after his world title in his homeland here at the Bergsee.

His wife Lisa Teichert was also convincing from the off, in the kayaking she came in sixth overall and left many of the top men behind. But then came the running – no training in the last for six weeks due to an Achilles tendon problem. This exceptional athlete was therefore unsure of how the run would go. As it happened she was able to keep moving and the 27-year-old is once again undefeated from the Quadrathlon season.

There was an exciting competition for second place. First of the group was the Englishwoman Helen Russell, clearly ahead after the swimming and cycling. Behind her five women were very close together. With a strong paddling performance, Anke Trilling was alone in the chase of Russell, who loses time in the kayak. About a minute after the Englishwoman, the German started running, however, both showed a similar strong performance, so that Russell secured the runner-up title ahead of Trilling. Unfortunately, the talented Magadalena Koberova could not compete with the front runners. The young Czech woman had to take antibiotics because of an infection until a few days ago.

In addition to the World Cup, the mountain lake Ratscher was again the final of the WQF World Cup – so all were once again doubly motivated to do well a gain those valuable points. We will publish a detailed review of the season and the cup here in the next few days.

In addition to the world-championship atmosphere there was also a bit of an Olympic feeling. The Olympic champion of London 2012 in Modern Pentathlon, David Svoboda (the twin brother of the new Quadrathlon World Champion) was taking part in the winning relay team. Incidentally, for his brother Tomas, his recovery time was very short as two days later he was on the starting line at the famous SwimRun ÖTillÖ in Sweden. With his Czech partner Petr Vabroušek, he took a strong 12th place here.

In pleasant late summer weather, the mountain lake Ratscher was at its best. A big thank you is due to organiser Sebastian Diez and his team, who once again put on a great family event – Quadrathlon and Ratscher, they go so well together. 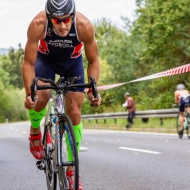 Tomas Svobodá in the lead 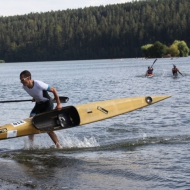 Stefan Teichert just ahead of Csima and Monteagudo 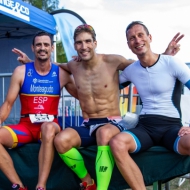 Happy at the finish: Monteagudo, Svoboda and Teichert 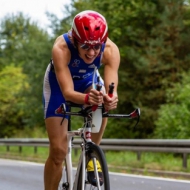 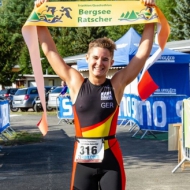 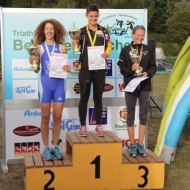 Be the first to comment on "Sprint World Championships: Svoboda and Teichert were favourites – how did it turn out?"