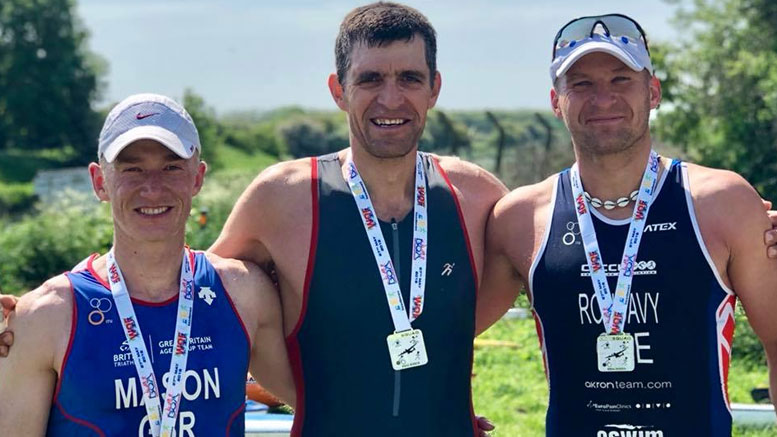 The latest round of the World Cup was held on Sunday in Brigg, England. This well established event which opens the British Quadrathlon series was run with its usual excellent organisation. This year the weather also co-operated – being dry, hot (but not excessively so) and a bit breezy. It is a middle distance race, comprising 1500m swim, 7km kayak, 40km bike, 10km run. The river Ancholme was not too cold and had no flow to impede the swimmers or kayakers. The bike route had to be changed from previous years because of the poor condition of some of the roads at the furthest point of the regular course. Instead we did two laps on good tarmac, very flat and giving opportunities for some fast times. Occasional cross winds were the only hazard we had to contend with. The run course was the same two lap circuits that have been used in recent years. Again flat, but going out through the Town Centre and then along the river in open country side there is enough variety to keep ones interest.

The event was dominated by age group competitors, taking the overall podium positions in the Men’s and Women’s races. Ferenc Csima (HUN) led the swimming and gradually increased his lead on Michael Mason (GBR) in the kayak and bike legs. Mason managed to pull back a couple of minutes on the run but not enough to prevent Csima finishing two minutes clear of him. Leos Rousavy (CZE) was out of the water from the swim in second place but was overtaken on the kayak course by Mason and then lost more ground and came in third. The three Masters 40 racers were well clear of the fastest Elite competitor, Steve Clark (GBR), in fourth place.

In the Women’s race, Helen Russell (GBR) led from the beginning and building up a big lead, it was only during the run that the second lady, Helen Dyke (GBR), could begin to close the gap by nearly 5 minutes. These two Masters 40 ladies were joined on the podium by the Masters 60 Mary White (GBR).

A big thank you to Lincsquad, a club for multi-sport athletes, who organised the event. They did a very great job and made everyone welcome. Everything worked smoothly and the marshalling was outstanding. 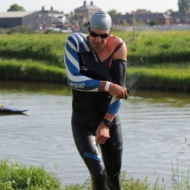 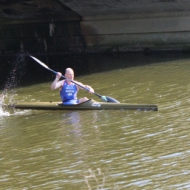 Michael Mason is fast in the kayak, but not fast enough 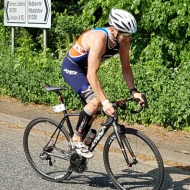 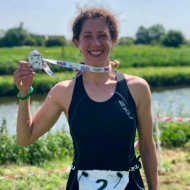 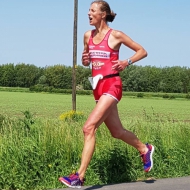 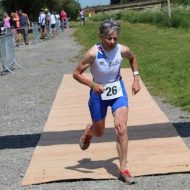 Norfolk SuperHeros raise £49.000 (and still going up) for Charities