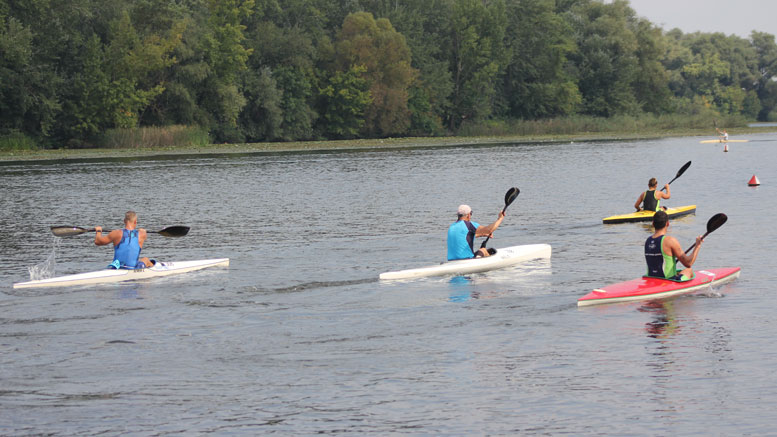 On last Sunday the last World Cup race of season 2019 was organised in Hungary Tiszafüred. It was the last chance to collect World Cup points and take the decision about the overall and age group World Cup winners. It was a replacement race on middle distance because the planned sprint race in Tolna was cancelled some months ago. Due to the bad weather on the previous day and the unfavourable weather forecast several athletes withdraw from the start. Fortunately the weather forecast was not accurate and the starters could enjoy perfect conditions (water temperature 21,9 degree, air temperature 25 degree, light wind, no rain). The event was organised together with the local triathlon race

In men’s race Csima already took the lead in the 2 laps swimming, followed by Kocsis and Módy (both HUN). During the 1 lap flat, good surface bike course on the dam of Tisza lake Csima built up a big gap. Kocsis came up to place 2 and Bergmann (HUN) to place 3. In the 6 laps kayak course Bergmann showed his strengths with the best time and started to chase Kocsis while Csima kept his lead. On the 5×2 km flat running course Csima secured the first place. Bergmann overtook Kocsis and win the silver, Kocsis the bronze.

In women’s race Balázs (HUN) came out first from the water followed by Walter (GER) and Sápi (HUN). On the bike course Walter and Sápi quickly overtook Balázs and Walter could built up almost 2 minutes lead. On the kayak Balázs had the best time but had no chance to catch the first two. Walter increased the lead on kayak and the running was already a formality for her to win the race. Sápi took the silver and Balázs the bronze at the end.

Thanks to the great organisation of Sri Chimnoy Marathon Team the event was a real celebration of sport and endurance. The motto of the event „Get above yourself” was maximally fulfilled, and participants got the biggest support from the local staff to reach their goals.

After the race the World Cups and medals were presented for those who could participate the event. The overall winners this year are Susanne Walter (4546,2 points) and Ferenc Csima (5168,8 points). Also the National Trophy was presented for the Hungarian team who wins the Cup with 15677 points before Great Britain (11716 points) and Germany (10648 points) 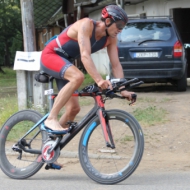 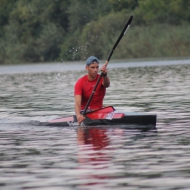 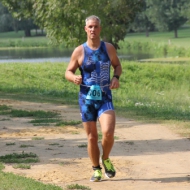 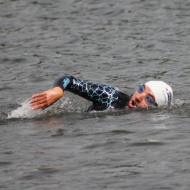 After Poland the 2nd win for Susanne Walter 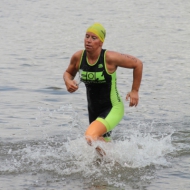 2nd place at the end for Csilla Sápi

Kata Balázs with the fastest time in and on the water
More Pictures Part 1, Part 2