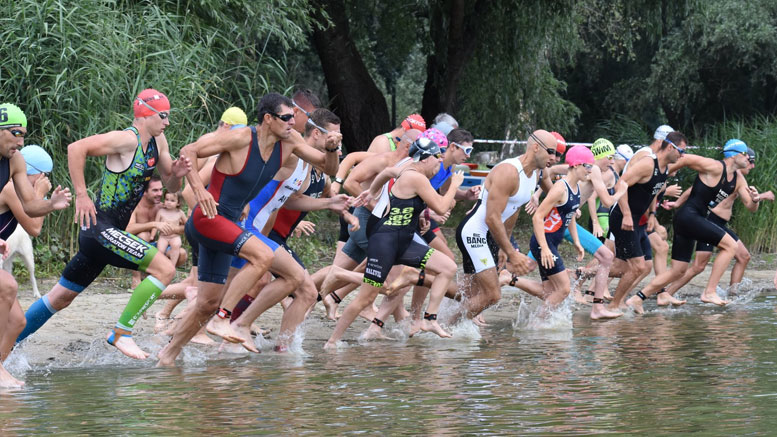 In the expected warm conditions, the eighth stage of the WQF World Cup was held last weekend in the Slovakian town of Komarno, near the Hungarian border. With a course of 750m swimming, 20km cycling, 4km kayaking and 5km running, the Czech, Tomáš Svoboda, was a strong favourite to finish first. Although he did so, he was only able to secure his victory during the running leg. He led after the swimming (without wetsuits), but when paddling Ferenc Csima (HUN) showed his class, so that both started the running at the same time. Here, Svoboda quickly established a good lead. Cisma also lost out to the strong Slovak, Michal Buček, who had been ahead of him after cycling.

Amongst the women, the victory went to Magdaléna Koberová (CZE), who had to fend off strong opposition from Susanne Walter (GER). Both set themselves apart from the rest of the field – especially on the flat and fast bike course. Third place also went to the Czech Republic represented by the young Kristýna Vejvodová.

The race was once again superbly organized by Radim Kral and his team. The next stop in the World Cup will be Oslo (NOR) on 18 August.

In the World Cup standings, it is very exciting amongst the men. Although Svoboda has so far collected many points in the championship races, Cisma has collected consistently good performances in all eight World Cup races and already accumulated many bonus points. They are on equal points with three races remaining. For the ladies, the overall victory will once again go to Lisa Teichert, who is so far in the lead that she can not be overtaken now.

The First Ever Shrewsbury Quad

King is the King in World Championships