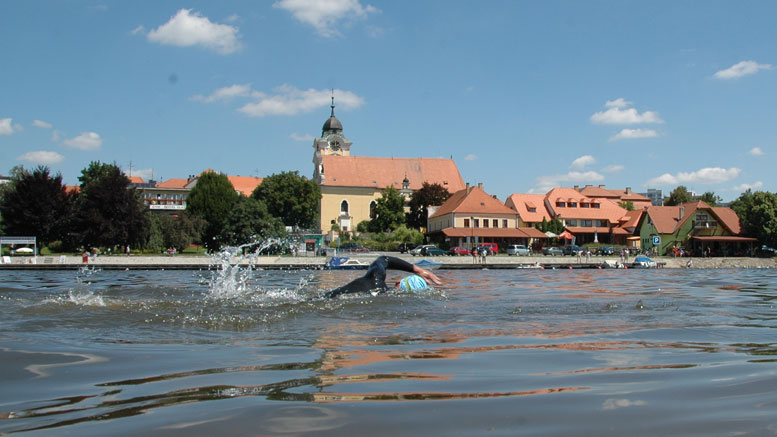 For the tenth time in Týn nad Vltavou was delivered at the Moldau a Quadrathlon. Also the World Cup stopped off again in the Czech city. Over the distance of 1 km swim, 5 km kayak, 25 km bike and 5 km run the World Cup leader Leos Rousavy became generally accepted opposite his compatriots Michal Hasa (2nd) and Petr Susa (3rd). Place four and five went to the Austrian Josef Feichtinger and the New Zealander Peter Moysey, who is living in Austria. Ellen Mielke from Germany secured itself the victory by the women before Daniela Gercakova from Czech Republic. Mielke becomes in 2011, after their second World Cup victory, also in this year a word along-speak around the World Cup total victory. Daniela Gercakova at the swimming

A superb day at Shrewsbury Quadrathlon