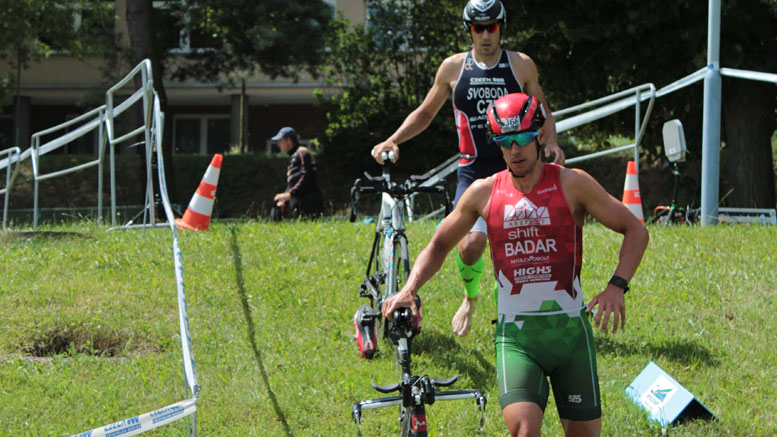 As expected, there was a duel between the currently two best quadrathletes, Gergő Badar (HUN) and Tomaš Svoboda (CZE), at the middle distance World Championships in Týn on the Vltava (CZE) last Saturday. Svoboda took the lead in the 1.5km swim over two laps, each involving a slight current. Only two minutes behind him, Badar followed him on to the bike course. This was a twisting, mountainous 8km lap that had to be completed 5 times, each time with a lot of climbing. At first it looked as if Svoboda could hold out against the strong Hungarian, but on the last laps his lead melted away and they came into transition almost together.

The decisive move began on the 4 laps of kayaking (8km in all). Badar, who was also a kayaker during his professional triathlon career, took the lead. The surprise was that the Czech, who has only been paddling since last year lost just two minutes here. This gave some hope of another tight finish after the run. Over the 3 laps, each of 3.3km and with a total of nine 180 degree turns both were running away from the rest of the field. Badar, slightly increasing his lead, successfully defended his world title over the middle distance.

Stefan Teichert (GER) and Ferenc Csima (HUN) were only able to give a strong account of themselves in the swim and kayak respectively. Thanks to the fastest overall kayaking time, Csima managed to secure the final podium position in the end. The Hungarian is leading this year’s World Cup season, having been a starter in the first six World Cup races and usually finishing on the podium.

The sixth place of Daniel Balane is certainly noteworthy, the 18 year old Czech was first junior and put in a strong performance (second fastest kayak time), which gives promise for more to come.

The comparison between the top two and Enrique Peces would have been exciting, but the dominating Spaniard of recent years is currently concentrating fully on his training as an orthopaedic surgeon. In the last two years Badar had always had the better of their battles but who knows what the future may hold.

As expected, the tension was not quite as high amongst the ladies as Lisa Teichert (GER) once again won by a clear margin. However, this time she missed out on a top ten position overall, which, lacking other serious competition, is where she challenges herself to finish. Second place went to Magdalena Koberová, not unexpectedly. The continuing development of the 18-year-old Czech has been observed with interest and delight as, bit by bit, she reduces the gap to the dominant German. Third place went to Annika Oetjens (GER), which provided a surprise, this athlete coached by Lisa Teichert put in a well-balanced performance in her first middle distance race, which at the end was enough for a podium finish.

In perfect conditions of 22 degrees it was the first race over the middle distance in Týn. Previously there had only been sprint races here. But the sprint route was also used out for youngsters and relay teams. Overall, Týn and the organizing kayak club were again at their best. The competition is undoubtedly one of the best organized in the World Cup calendar. For the first time there was also live streaming whereby the spectators could follow the events – hopefully this is something which will spread to other events. 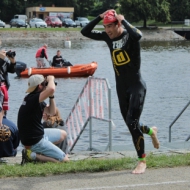 First out of water: Tomás Svoboda 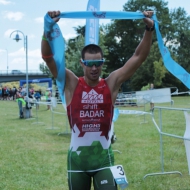 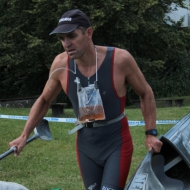 Ferenc Csima once again with a top performance 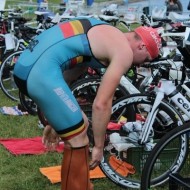 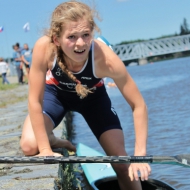 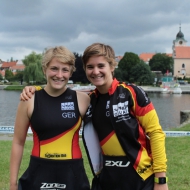 Be the first to comment on "Týn: A duel between Badar and Svoboda"