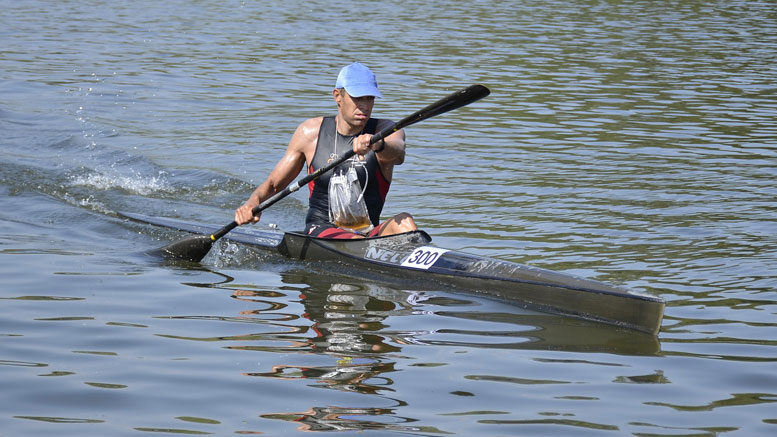 Last weekend, the last of only three Quadrathlon World Cup races to be held this year, took place in Tisza Lake, in the east of Hungary. The current Coronavirus situation isn’t a problem in this location, which meant that the competition could take place without any restrictions. However, the strict Hungarian regulations made entry difficult for international athletes. It was possible for athletes to get exceptions to allow entry into the county but not every athlete wanted to have to go to the large effort of meeting them. The fact that a kayak championships was also taking place at the same time also led to a reduced starting field.

So in the end this meant that the race results were clear cut. However, they were hard-won in hot summer temperatures of over 32 degrees and cost a lot of sweat. The race started with a 1.5km swim over two laps, with an exit and re-entry for each lap. The quadrathletes set off about a minute before the triathlon competitors, who also had their own race. The second leg was a straight and flat 40km bike leg on the damn of the Tisza Lake with one turning point after 20km. The route was however on quite rough asphalt and partly involved slalom style riding, to avoid some tourist cyclists, who were also taking advantage of the nice weather! The kayak leg was on this occasion 10.5km instead of the usual 7.5km and took place over seven laps. This meant that the competitors had to concentrate to count correctly and with 14 turns it felt like having to start again after exiting each turn. To finish there was then another 5 laps of 2km running to complete.

In the men’s race it was a clear result for Ferenc Cisma. At the 20km point on the bike the Hungarian overtook Stefan Teichert (GER) and built on his lead in the extra-long kayak leg. Teichert finished second and the podium was completed by Gábor Belina (HUN) in third.

Once again, Lisa Teichert (GER) took the victory in the women’s race. Even a mistake during the kayak leg, which saw her take a short swim, didn’t change anything. The young Kata Balázs (HUN) put in a very strong race and showed a big development since last year. Both athletes had a great battle against each other in the kayak leg (albeit Teichert being a lap ahead). Third place went to Csilla Sápi (HUN).

Although the kayak route used in the competition was a bit boring, the Tisza Lake is an absolute dream location for paddling. With numerous natural islands, the lake looks more like a large river delta, which you are invited to discover.

The World Cup race was organised by Sri Chinmoy Marathon Team, whose ethos is “Self-Transcendence”. Founder Chinmoy understands this to mean that you feel joy every time you grow beyond your previous achievements and do not compete with others, but with yourself. For Chinmoy, “self-transcendence” is part of his philosophy, and he inspires his meditation students to set new and higher goals in all areas of life, as well as in spirituality and to grow beyond their own inner and outer limits. 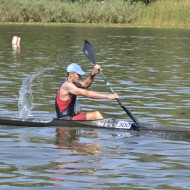 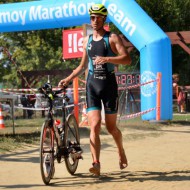 Stefan Teichert without a change 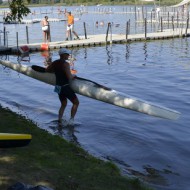 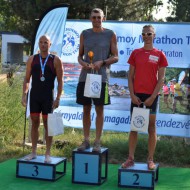 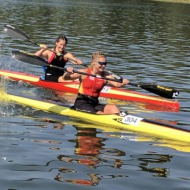 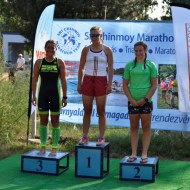 Be the first to comment on "Tiszafüred: Hot end of a short season"