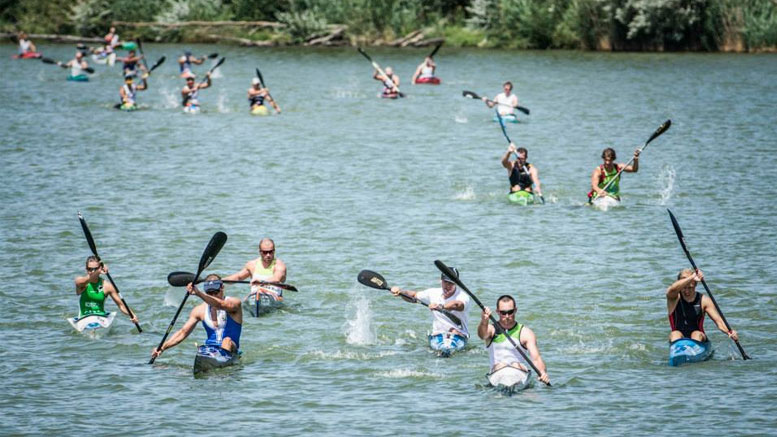 The New Year is already one month old and the WQF hopes you have all had a good start to the year and are already training hard. There is much to look forward to with ten exciting competitions forming the World Cup. Now the details have fallen into place, here is a summary of the season to come.

We start in the Azores in March. This sprint competition, which will give an early guide to form, is on the island of Terceira (POR), in the middle of the Atlantic. The location and climate should also be ideal for the training camp taking place during the week before week after the race. A change to the event, announced in the last few days, means that the course will now use MTB for the cycling leg.

Then on 13th May the World Middle Distance Championship will again be held in Orfü (HUN). This time, however, athletes, organizers and spectators hope for better weather than in 2016, when it was the most distinctive feature of the event.

On 28th May, the Brigg Bomber (GBR) will take place. This long-established race will be a middle distance quadrathlon.

After a one year break, there will be a long distance race again in 2017. This time in the heart of the Czech Repeblic, in Křetinka (June 3rd). For all enthusiasts of the long distance this a further incentive to go training, especially since it will again be a world title event.

Another competition, new for the World Cup, is the Quadrathlon near Zwickau (GER), which has been a successful national event in recent years. On 17th June the winner of the European title for the middle distance will be decided.

The sprint race in Tyn (CZE) has an important place in the competition calendar. On June 24th, we are looking forward to exciting duels in, on and alongside the river Vltava.

For MTB lovers, the off-road course in Box End Park (GBR) on July 2nd is a good option. This race also has a long tradition and is well organized.

Another innovation in the race calendar is that the competition in Slovakia will no longer be held in Samorin, but a few kilometers away in Komárno on 12th August. The organizers see more potential at the new location. In its first year, the World Championship titles will also be awarded on this sprint course.

On 2nd September, the European Championships will take place on the sprint course at the Ratscher (GER) mountain lake. Where the German tradition will once again show itself at its best.

As last year, the World Cup Quadrathlon series will finish in Oslo (NOR), one week after the German race. This time it will be a sprint event and the organizers invite you to enjoy great competition and a Scandinavian holiday.

The rules for the World Cup remain unchanged compared to the previous year. Your four best results are used to produce the final evaluation. Extra points are available at the World Cup and the European Championships, as well as if you complete more than four competitions. Whoever has finished at least three competitions and is among the top three of their category will receive a high-quality World Cup medal and the crystal glass world ball for first place.

As every year, the WQF calls on all athletes to register early for these events. This allows organizers to plan better and ensure their competitions go ahead. In addition, as a registered athlete you have a firm goal in mind.

The annual WQF congress took place at the end of the last season, where the calendar for 2017 was set. It was also decided that nations who are members of the WQF member can host two World Cup races. Unfortunately, there will be no World Cup in Spain for the present, but the WQF is working hard to ensure that this will be the case again in the future. In other nations, the WQF is also in contact with like-minded athletes to promote the development of quadrathlon. New to the executive board of the WQF is John Kavanagh (GBR), who has done a lot of work for the WQF last year and has now taken the position of General Secretary from Stefan Teichert, who will continue to hold the position of Chief Financial Officer. The remaining positions remain unchanged. The Czech and long-term race organizer, Sedlcany Vaclav Marek, is the President of WQF. Vice President is Jean Ashley, at the heart of British Quadrathlon. The panel is completed by the Spaniard and several times world champion Enrique Peces, on the board in charge of consideration of technical questions.

As a small association, WQF has thus taken further steps for the future. However, here too, every helpful hand, as well as ideas, are welcome. Quadrathlon is a special family community that can only develop further when everyone contributes to it. Start in five weeks at Terceira