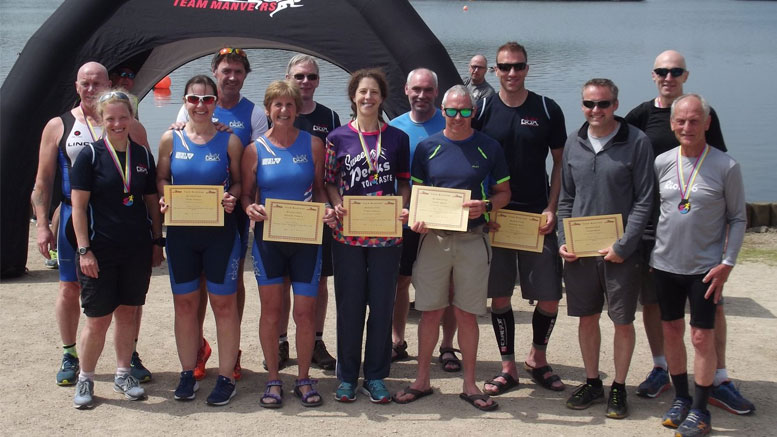 A brilliant sunshine day for the Dearne Valley Quadrathlon, our 2nd Trophy Race of the Season, lots of passion for our sport, with non stop smiles as juniors, first timers, and seasoned quadrathletes crossed the finish line! Organizer Mark Benton and his ‘Team’ of volunteers and marshals hosted a great race for us all, there enthusiasm and friendliness shone through, to make their 2nd time of running the event a huge success, thank-you you did your selves proud yet again!

The kids races got underway at 8:30am and everyone seemed to be having a good time. Those that were fast were giving it their all, but those that weren’t so fast were supported well the whole way around. The ethos of the Manvers Waterfront Boat Club is one of inclusivity and giving everyone a chance, which is just how it should be, this was clear throughout the weekend and it was good to see the kids giving it their all. One or two gave a little too much and returned from the bike bloodied and bruised after overcooking it on a corner or capsized their kayaks but from what I saw they all continued on and had a good time despite a few mishaps. The kids presentations were made at around 9:30am. The jubilant podium finishers collected their certificates, proud parents cheered and the adult Quadrathletes and Triathletes assembled ready for their races.

It was a real mixture of athletes racing 50 in total, with 27 doing the quad and 23 the Triathlon, with 18 of those BQA members, so plenty of National Trophy points ready to be picked up! There were plenty of athletes giving the quad a go for the first time, and they looked like they had given everything and had a great time! BQA members took the top 11 places, with plenty of friendly battles between themselves along the way.

Alan Cole was 1st out of the swim (12.10) with Helen Russell in 2nd (13.36), Bryce Dyer (14.26) and Jacqueline Davies (14.51) a close 3rd and 4th. There was then a steady stream of swimmers coming in between 15 and 17 mins, it was a 2 lap course, nice a calm and reasonably warm, there were plenty of paddle boards and canoeists encouraging the slower swimmers along the way.

The bike was off road and using part of the Trans Penne Trail which consisted of unmade tracks, there were a few boulders, and gates, 2 bridges and a few road crossings to slow you down, so you had to keep your whits about you! It was ideal for cross bikes, as they proved to be the fastest over the course and it was out and back so great to see where everyone was in the race! Alan was out in front with Bryce trying to catch him, though Bryce did the fastest split (32.42) it wasn’t enough to catch Alan (33.25). Peter Tindall (34.11) and Nicholas Farnell ( 34.36) also had strong bike legs, and Chris Carter was catching up too (35.18).

Alan paddled very well in his ski (24.36) leaving Bryce and Chris the job of trying to chase him down. Chris did the fastest kayak split (24.19) with Bryce (25.07) still holding onto 2nd place. John Kavanagh was also paddling well producing the 4th fastest split (25.58). It was 5 laps of the kayak course and compared to last year it was very calm, it was good to see some great kayaking, all types of boats, but a big improvement this year as most were K1 types or river racers and sea kayaks, so it was good to see paddlers moving on from short plastics!

Onto the run and once again Alan had the fastest split (21.39), Greg Lyle (22.14) and Pete Tindall (22.44) were both quick, but neither would alter the top positions. Bryce held on to 2nd (24.10) with Chris in 3rd (24.43). Nicholas Farnell came in 4th, Pete Tindall 5th and John Kavanagh 6th. Some great results and some big improvements in personnel performances since last year, Pete Chappill, Andrew Lawson, Wayne Smith and Lance Ball all had significantly faster times this year … well done everyone!

Special mention goes to our Vet 70 super fit BQA Member John MacLeod who did the 14th fastest canoe split of the day (31.36) He is very modest, and has an Olympic Gold Kayak Medal from Munich 1972 at home, so he has clearly not lost his touch! Well done John, great to see you out there again.

So onto the kayak, Helen had worked hard on her kayak training over the winter and produced a good time staying in the lead (27.17) Jacq and Jean set out to chase her down, but she was almost a lap in front. Jacq stayed in 2nd (28.24) with Jean (really really working hard to catch her … I can assure you I was!!) couldn’t quite get there but produced a great split (26.41) 5th fastest overall.

Helen ran well to take the win (24.24) …. Jacq went out on the run pushing hard (31.07), Jean new she would have to push it and make up ground, so digging deep and leaving nothing in the tank she managed to pass Jacq around 2km (28.06) to take 2nd place. Mandy Greenaway came 4th having improved by 8 mins since last year, and Helen Adams, a first timer to quadrathlon had a brilliant race finishing in 5th. It was so good to see plenty of women racing and producing some good solid performances, new BQA member Lizzie Angood was inspired by the Brigg Bomber 2 weeks earlier so it was so good to see her racing with a huge smile! Amanda Knagg also had a huge improvement of 13 mins from last year … so well done all the Girls too!

A special mention must go to Caroline Jones, I spoke to her after the race she had done the triathlon last year and decided the Quad looked so much fun she got her kayak out, trained up and entered! She finished in fine style, was buzzing with enthusiasm and full of admiration for our supportive Quad Family, she’d had a great day loved every moment and had smiled all the way! Seeing her so happy just made my day too … it makes it all worth while when people are inspired and motivated by our friendliness and also by our wonderful race organizers who make us all feel Very Special!

Once again a Huge Thank You ‘Mark Benton’ and ‘Manvers’ …. we hope you’ll have us back next year! 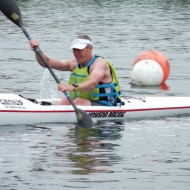 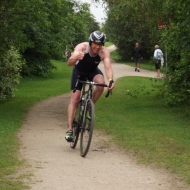 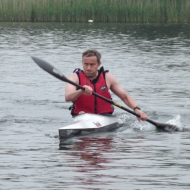 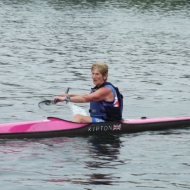 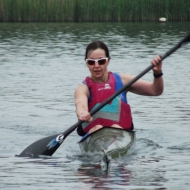 Alan Cole has a Blog post so if you want to know all the knitty-gritty here is his race report from – get a coffee, put your feet up and get some much deserved R&R as you settle down for 10 minutes recovery while you read it:
www.alananna.co.uk/blog/2018/dearne-valley-quadrathlon-race-report

Congratulations to Max Underwood-Frost, from Lincsquad who won the Boys (13-16) event on Sunday 10th June at Manvers Lake in the Dearne Valley Quadrathlon. Here is his report:
www.britishquadrathlon.org.uk/dearne-valley-quadkidz-maxs-race-day/

Be the first to comment on "Dearne Valley Quad 2018"